Skip to main content
Home » Kurt Seligmann: Beyond The Quotidian

Kurt Seligmann: Beyond The Quotidian 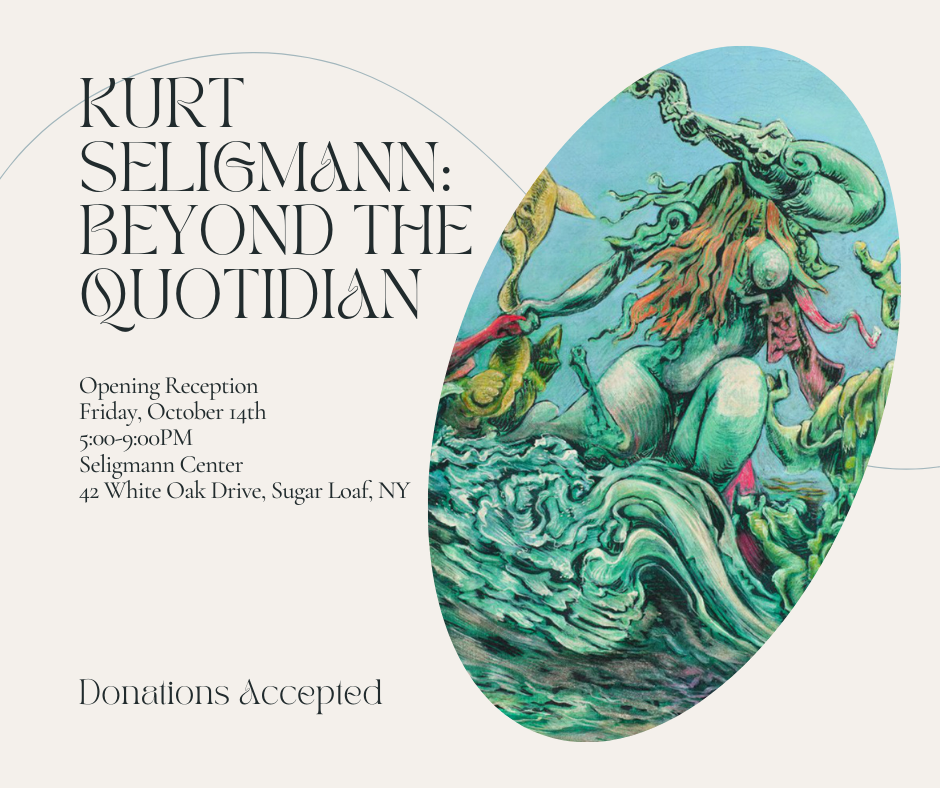 On the 80th anniversary of ‘The First Papers of Surrealism’ Kurt Seligmann: Beyond The Quotidian opens at The Kurt Seligmann Center on October 14th, Curated by Elliott DeCesare.

In the early 20th century artistic, philosophical, and scientific virtues begin to shift on a global scale. Revolutionary new discoveries paved the way for the cultivation of new modes of thought that could allow deviation from Descartian rationalism and the prior status quo. New paradigms, such as Einstein’s theory of relativity, Heisenberg’s uncertainty principle, and Freud’s development of psychoanalysis, provided a new framework from which to explore the contradictions and paradoxes of the universe and the human mind.

The surrealists sought to access alternative knowledge through an investigation of dreams and the unconscious by means of literature, philosophy, performance, and visual arts. Via the subconscious, Surrealism had the power to unearth subterranean narratives hidden from the conscious human psyche.

Paradoxically, running counter to logic, the subconscious acted as the bearer of unrealized answers uncovering hidden questions to a previously unexamined interior world. Beyond the Quotidian presents works by Kurt Seligmann exploring surrealist philosophy emerging out of the trivialities of everyday life. The exhibition will present collaborative works with Andre Breton and Marcel Duchamp amongst other ephemera, artifacts, and documentation pulled from our archives.

There is no entrance fee, but donations are welcomed.

Thank You to our Members & Sponsors