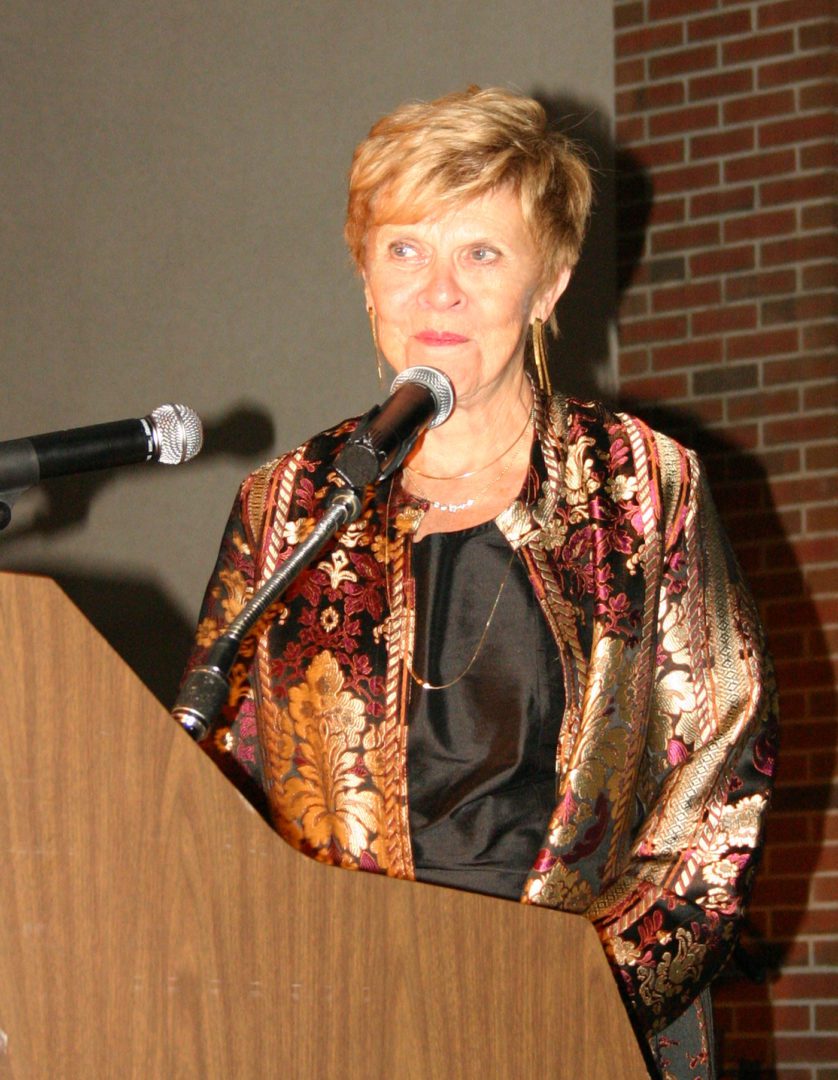 The Board of Trustees regrets to inform our Vision Hudson Valley membership of the passing of Patricia “Pat” Gilchrest, former President for the Orange County Citizens Foundation (now VHV) and a driving force for good in Orange County for decades. We extend our heartfelt sympathies to her family and friends at this sad time.

Pat clearly embraced her ‘adopted’ home and worked tirelessly to protect and promote our quality of life here. She was not the first to take the helm at OCCF, but during her time as president from 1989 to 2006, the organization expanded exponentially and found itself moving to a new home in Sugar Loaf graciously bequeathed from the estate of Arlette Seligmann, an early environmentalist and widow of surrealist artist Kurt Seligmann.

With the Board of Trustees and assistance from many other community members and governmental representatives, the buildings were lovingly restored under her watch. She coordinated our move to Kurt’s renovated studio building, and to better oversee the property, Pat moved to Arlette’s former residence, graciously allowing visitors to tour her home and view Kurt’s art and memorabilia.

OCCF identified several issues which became a primary focus under her leadership. These included the creation of Leadership Orange, the Orange County Arts Council, the Community Foundation of Orange & Sullivan, Orange Pathways, the Orange County Land Trust, and the Orange County Arboretum at the Thomas Bull Park. Pat also served on the boards of many of these then-new organizations.

“Pat was an outstanding leader on all fronts. From managing the Seligmann homestead and ongoing fundraising, to getting OCCF programs in front of elected officials first,” recalled longtime trustee Louis Heimbach. “She was connected at every level, and although always busy getting things done, she made herself available whenever someone needed help or advice.”

Even after she retired to Long Island, Pat continued to support the organization and visited often, attending many special events. We certainly owe a debt of gratitude to former President Gilchrest and the solid foundation she built, allowing us to celebrate over fifty years of service to Orange County and beyond.

Thank You to our Members & Sponsors